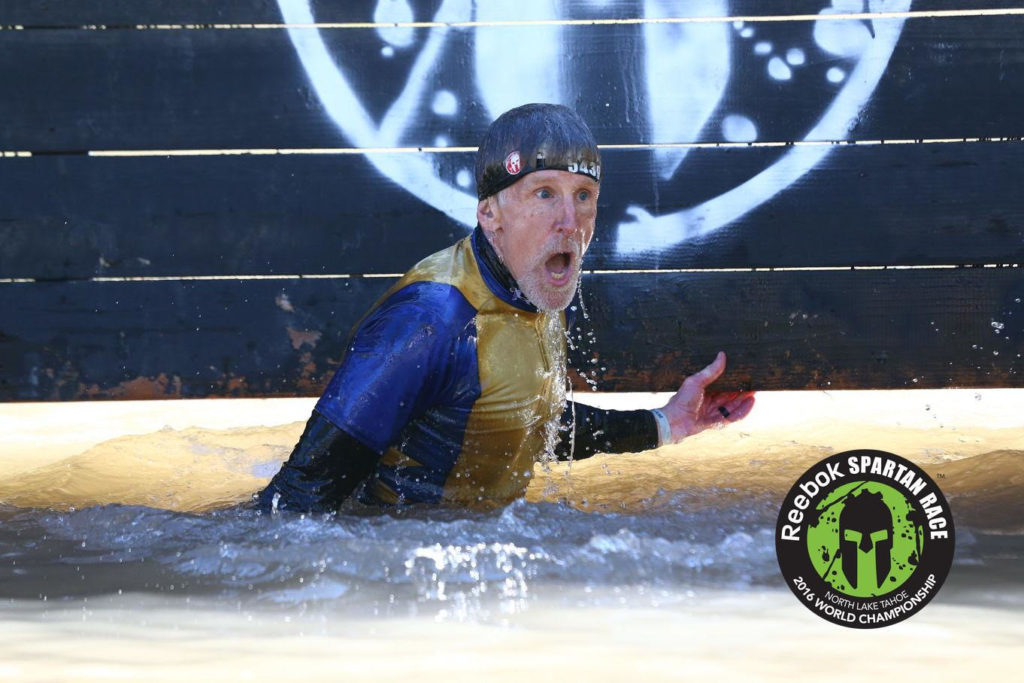 We are in this together. #WeAreSpartan. This week, we highlight Todd Steben, a 53-year-old Spartan from Olympia, WA. Todd used Spartan Race over several years to reclaim his lost fitness and achieve incredible racing goals. Read his story below, in his own words.

In December of 2011, I woke up a nearly 200-pound, unemployed, glasses-wearing, 49 year-old accountant. After years of long commutes, long hours, and very little focus on fitness, I was a Big, Bespectacled, Bean-Counting Bum.

Definitely not my proudest moment.

I thought to myself, “I don’t want to turn 50 as a soft stereotype of a man. I HAVE to be better than this for my wife, my kids and myself.”

In 2012, I had to STFU. I found a good job. I set a goal to finish a couple challenging races. I started training, I didn’t die, and I completed them.

In 2014, I committed. I attended a Spartan Workout Tour event. I attended group fitness classes at a gym. I raced the Spartan Sprint at Washougal again—did 90 burpees. I finished 5th in my age group, 102nd among the men.

In 2015, I set a goal to finish top 5 in my age group and top 100 overall. I bought a TomTom Multisport HR monitor and incorporated Heart Rate training into my training regimen. I added the Spartan WOD into my training. I raced the Spartan Sprint at Washougal again—did 60 burpees. I finished 3rd in my age group, 124th among the men. In October, I completed my first TRIFECTA at the Dallas Spartan Beast.

In 2016, I set a goal to win 1st place in my age group. Now I weigh 170 pounds with 13-percent body fat. I succeeded at all the obstacles at the Spartan Super in Seattle. I raced in Tahoe on the World Championships course. (I even met NFL great Randy Moss out on the course!) So far, I’ve won 1st place in my age group at three races. In Sacramento in November, I will complete my second TRIFECTA of the year!

(Related: Learn how two 50-plus Spartans are staying fitter than you.)

Though I’m now officially over 50, still wear glasses, and am still in the bean-counting business, I feel like I’ve transformed myself from the Big, Bespectacled, Bean Counting Bum into a Bespectacled, Bean-Counting Bad Ass! When a former professional UFC fighter referred to me as “the old guy killin’ it” at a recent event, I was proud to be THAT guy!